West Suffolk in the green for exceeding environmental targets 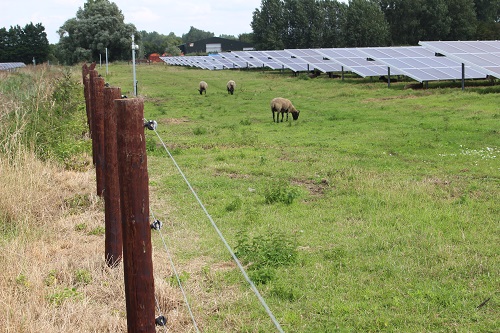 West Suffolk Council, which has declared a climate change emergency, has released the figures in its latest Environmental Statement as well as the initial findings of the Environment and Climate Change Taskforce.

The taskforce's immediate suggestions include moving to green energy to run council vehicles and buildings. Recommendations also include engagement with the community, businesses and the housing sector to encourage ideas, local issues to be looked at and best practice. Councillors will also look at possibilities around tree planting programmes.

Cabinet will also be asked at their meeting on 14 January to support recommendations on ways the council can reduce and measure carbon use through systems used in the sector such as carbon budgeting.

This would include exploring and embedding, where possible, new ways of working and processes that are more environmentally friendly that could have wider benefits, such as cost savings or health improvements.

The taskforce has prioritised six work streams to reduce the environmental impact of the council and look at opportunities to improve the environmental performance of the district as a whole, including reduction in greenhouse gases. This includes looking at:

Further work will be done on these and, depending on what Cabinet decides, additional initiatives are expected to come back to be considered.

The Environment Statement reports on the council’s achievements on meeting environmental measures during 2018/19 and compares them to a base line (often from 2010) to show overall trend – the statement includes statistics from the former Forest Heath District and St Edmundsbury Borough Councils, before West Suffolk was formed in April.

Our parks and open spaces which are vital in helping support biodiversity, bringing people into nature as well as health and wellbeing, achieved five national Green Flag status awards.

West Suffolk Council Leader, Cllr John Griffiths said: “One of the first things I did as Leader of West Suffolk Council was to announce the creation of a new Environment and Climate Change Taskforce as part of our continuing work to tackle the climate change emergency. We have a strong track record on reducing greenhouse gases and being environmentally friendly which is backed up by our latest West Suffolk Environmental Statement and shows we are exceeding our targets. But we can, of course, always do more and that is why the Environment and Climate Change Taskforce was set up. The taskforce is made up of councillors from across the authority and I would like to thank them all for their work on this. Their initial ideas for Cabinet to look at are an excellent step forward but I am confident that further initiatives will also be coming forward in the future, and businesses will also play a major part in this as tackling an issue like this cannot be done alone.

“This will, however, require not only continued support from our councillors but also from our residents, business, public and voluntary sector partners, since we need to address this issue not in isolation but together.”