Newmarket goes to the polls in neighbourhood plan referendum 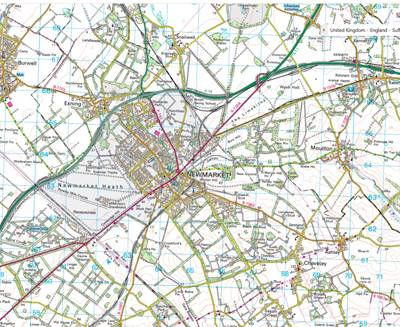 A referendum is to be held on Thursday 30 January for Newmarket residents to vote on whether to accept the proposed Newmarket Neighbourhood Plan.

The referendum will ask voters ,
‘Do you want West Suffolk Council to use the Neighbourhood Plan for Newmarket to help it decide planning applications in the neighbourhood area?’

Polling cards have been sent out to those already on the electoral register with details of the method they have chosen to vote. Polling stations will be open from 7am and once closed at 10pm, the votes will be counted, with the result being declared and published later on that night.

If 50 per cent plus 1 of those who vote say ‘yes’, it will go to West Suffolk Council within eight weeks to be ‘made’ (adopted) as part of the statutory Development Plan for the district. This means it can be used in determining planning applications and appeals in Newmarket.

The neighbourhood plan has been drafted by Newmarket Town Council. The referendum is being organised by the Elections Service of West Suffolk Council.