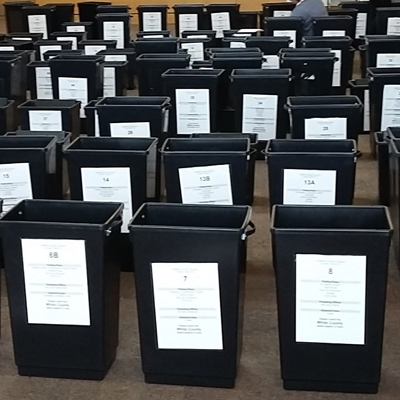 On Thursday 30 January residents in the Newmarket North District Ward, Newmarket and Red Lodge County Division and the Hundon Parish will go to the polls to vote in local government by-elections.

The vacancies to be filled for the Newmarket and Red Lodge Suffolk County Council Division, and for the Newmarket North West Suffolk Council ward are the result of the former representative, Cllr Robin Millar, being elected to Parliament to represent Aberconwy in Wales. There is also an election for a vacancy on Hundon Parish Council.

Poll cards were sent out on Monday 6 January to those already on the electoral register, giving details of the method they have chosen to vote: in person at a polling station, by postal vote or by proxy vote.

Those still wishing to register to vote have until Tuesday 14 January do so online at www.gov.uk/registertovote .

Anyone unable to vote in person on the day can apply for a postal or proxy vote. The deadline for a postal vote for these elections is 5pm on Wednesday 15 January. Download the application form atwww.gov.uk/registertovote complete and return to electoral.services@westsuffolk.gov.uk

If you’d prefer to appoint someone as a proxy, to vote on your behalf, the deadline for applying Is 5pm on Wednesday 22 January. This is also the day that the situation of polling stations is published.

Polling stations will be open between 7am and 10pm on Thursday 30 January and when they close, the ballot boxes will be taken to Newmarket Leisure Centre. Votes will be counted overnight with the results declared and published early on Friday morning,