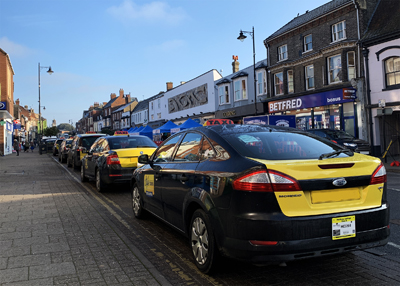 Changes that will support West Suffolk’s taxi and private hire trade while working to bring to ensure that passengers are safeguarded are to be considered by councillors following evidence gathering with drivers, the public, the industry and businesses.

Consultation between 27 January to 9 March, before COVID-19, asked for evidence on a range of issues, such as potentially adopting a district-wide livery, to enforcing specific engine requirements. West Suffolk Council also commissioned an ‘unmet demand survey’ to provide evidence on any areas where the demand for taxi and private hire vehicles was unmet. The evidence and results are to be considered at a meeting of West Suffolk Council’s Cabinet on Tuesday 22 September.

Councillors are recommended to retain the current two licensing areas for the time being, to allow the trade to recover from the impact of COVID-19, and to review the position within two years.

It is also recommended that Zone A hackney cabs should no longer require livery. The evidence was that this would avoid over £300 of expense for new vehicles and improve resale values. Although the majority of the 53% of respondents who indicated support for introducing livery were members of the public, it was felt that there is sufficient alternative signage to show it is a licensed hackney carriage vehicle.

Although another proposal to introduce a maximum age of vehicle was supported by the public, the taxi trade initially opposed the move. Further feedback was requested between 1 and 15 June, and support was gained for a later introduction of the measure in 2025, giving the trade time to recover from the effect of COVID-19.

On 21 July, the ’Statutory taxi and private hire vehicle standards’ report was released by Government. The report’s primary focus is on protecting children and vulnerable adults. However, it also includes a number of other requirements intended to ensure that all passengers are guaranteed greater safety. As such, West Suffolk have also instigated a number of changes, such as strengthening staff training and improving communications with partner organisations, such as the Police.

“I believe the measured approach we have taken over the last few years in working with the taxi trade, both to align licensing terms and to introduce good practice, is to the benefit of customers and the trade. Taxis play an important role in connecting residents in our rural areas and in towns to the services they need. Licensing policy has to maintain a sustainable balance in best interests of all concerned. We continue to make strong progress, and I thank all those who took part in the evidence gathering.’

A range of other updates were agreed. Among these are streamlining vehicle inspections and MOTs to reduce the time spent in the garage. And in the area of public safety, the period of disqualification following conviction for certain crimes is increased, and the requirement for drivers to undertake refresher safeguarding training is introduced.