The Abbey of St Edmund

From Rise to Ruins

Four online talks free and viewable on the St Edmundsbury Cathedral Facebook page to celebrate the 1000th anniversary of the founding of the Abbey.

28 November 2020
Dr Richard Hoggett, The Abbey, the Antiquaries and the Archaeologists: Discovering the Abbey of St Edmund - This talk examines the ways in which antiquaries and archaeologists have approached the study of the abbey since the Dissolution, and reveals what recent archaeological fieldwork has told us about the development of the monastic site.

23 January 2021
Dr Abby Antrobus, The Relationship between the Abbey and the Town - This talk will examine how, focused on the shrine of St Edmund, the abbey and town developed from their Anglo-Saxon origins into the Norman period. It will consider the archaeological evidence for the growth of the built environment as wealth was generated and expansion took place, in this period of cultural change.

27 February 2021
Professor Sarah Foot, Patrons and Benefactors of St Edmund’s Abbey, c. 900-1086 - The origins of the first community of St Edmund remain obscure, but probably date back to the late ninth century. From the earliest surviving written records, we know that the leading families of Suffolk and Norfolk took a close interest in promotion of the saint’s cult and support of the abbey. This paper discusses those patrons and benefactors, explores Cnut’s re-foundation of Bury in 1020, and considers why William the Conqueror also chose to patronise Bury St Edmunds.

27 March 2021
Professor Mark Bailey, The Abbey of Bury St Edmunds and the History of Suffolk - The abbey possessed vast landed estates and extensive judicial powers throughout Suffolk, and the ways in which it exploited its properties and its rights had a profound influence upon Suffolk life in the Middle Ages: and, indeed, the consequences of some of those decisions are still evident in the modern landscape. This talk considers the abbey's external relationship with the people of medieval Suffolk, including its stormy relationship with the town itself.

The talks will be available here.


This event is promoted by the Abbey of St Edmund Heritage Partnership and the Suffolk Institute of Archaeology and History. The financial support of the Heritage Fund is gratefully acknowledged.

About the Abbey of St Edmund

The Abbey of St Edmund is the jewel in the heart of Bury St Edmunds. It was established in 1020 AD in honour of the Anglo Saxon King Edmund who was martyred in 869 AD. It is three times the area of the popular Abbey Gardens.

St Edmund and the Abbey are central to our understanding of the religious and historical importance of Bury St Edmunds not just nationally but internationally including its role as the birthplace of Magna Carta in establishing the freedoms that are now ingrained in modern democracy.

The ruins of the Benedictine Abbey of St Edmund between the River Lark and the present St Edmundsbury Cathedral will be the focus of the millennium celebrations of The Abbey of St Edmund in 2020 when residents and visitors will have the chance to discover more about its past, present and future.

The Abbey of St Edmund Heritage Partnership which was set up in 2016 is led by St Edmundsbury Cathedral and West Suffolk Council in collaboration with nearly 20 other public, private and voluntary organisations. It held a 'Past, present and future' conference on 26 January 2019.

The Heritage Partnership commissioned two consultancy studies in 2017 with funding from Historic England and the borough council. The heritage assessment assembled all the historical and archaeological information for the first time and the conservation plan identified policies and potential projects for the future.

We have more information about the Abbey of St Edmund and its future together with the heritage assessment, conservation plan, recent news releases and other interesting information including the conference programme, feedback forms and a contact form, for comments about potential projects for the future.

Key reports and other documents 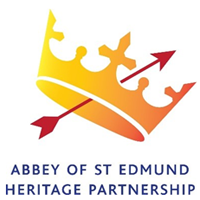